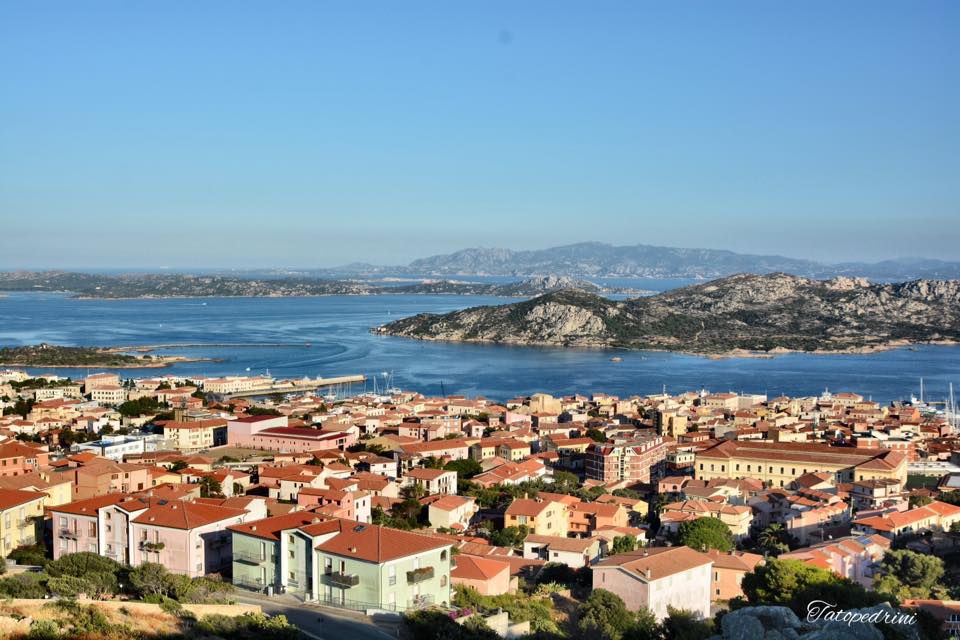 The archipelago of La Maddalena surrounded by a clear and crystalline sea is in the north-east of Sardinia, not far from the renowned Costa Smeralda. A group of 63 islands and islets of various sizes are part of this archipelago, among which the islands of La Maddalena, Santa Maria, Razzoli, Spargi, Caprera, Budelli and Santo Stefano stand out.

Large and small islands, with over 180 kilometres of coastline that together form an authentic masterpiece of nature: rocks sculpted by the wind, beaches with white or magically pink sands, inlets, blue depths and shallow waters where you can reflect like a mirror. La Maddalena and Caprera are connected by ferry with the port of Palau, all the other islands are accessible only by private boats.

A world populated by thousands of animal and plant species, period wrecks and archaeological sites of considerable interest. The Archipelago of La Maddalena, characterized by turquoise water and its peculiar ecosystems shaped by the wind, represents an exception, it is in fact the only national park in Italy consisting of the whole territory of a single municipality.

But it is above all from the point of view of the marine environment that the wealth of habitats and species is revealed, thanks to the “obligatory passage” determined by the bottleneck between Corsica and Sardinia. In the waters of the Archipelago you can spot large marine mammals such as common whales and sperm whales, coastal dolphins that are frequently seen, and sea turtles. The park is also an important stop for transaharian migratory birds.

Please enter your username or email address. You will receive a link to create a new password via email.

We use cookies on our website to give you the most relevant experience by remembering your preferences and repeat visits. By clicking “Accept”, you consent to the use of ALL the cookies. However you may visit Cookie Settings to provide a controlled consent.
Cookie SettingsACCEPT REJECT
Manage consent

This website uses cookies to improve your experience while you navigate through the website. Out of these cookies, the cookies that are categorized as necessary are stored on your browser as they are essential for the working of basic functionalities of the website. We also use third-party cookies that help us analyze and understand how you use this website. These cookies will be stored in your browser only with your consent. You also have the option to opt-out of these cookies. But opting out of some of these cookies may have an effect on your browsing experience.
Necessary Always Enabled
Necessary cookies are absolutely essential for the website to function properly. These cookies ensure basic functionalities and security features of the website, anonymously.
Functional
Functional cookies help to perform certain functionalities like sharing the content of the website on social media platforms, collect feedbacks, and other third-party features.
Performance
Performance cookies are used to understand and analyze the key performance indexes of the website which helps in delivering a better user experience for the visitors.
Analytics
Analytical cookies are used to understand how visitors interact with the website. These cookies help provide information on metrics the number of visitors, bounce rate, traffic source, etc.
Advertisement
Advertisement cookies are used to provide visitors with relevant ads and marketing campaigns. These cookies track visitors across websites and collect information to provide customized ads.
Others
Other uncategorized cookies are those that are being analyzed and have not been classified into a category as yet.
Save & Accept
Powered by